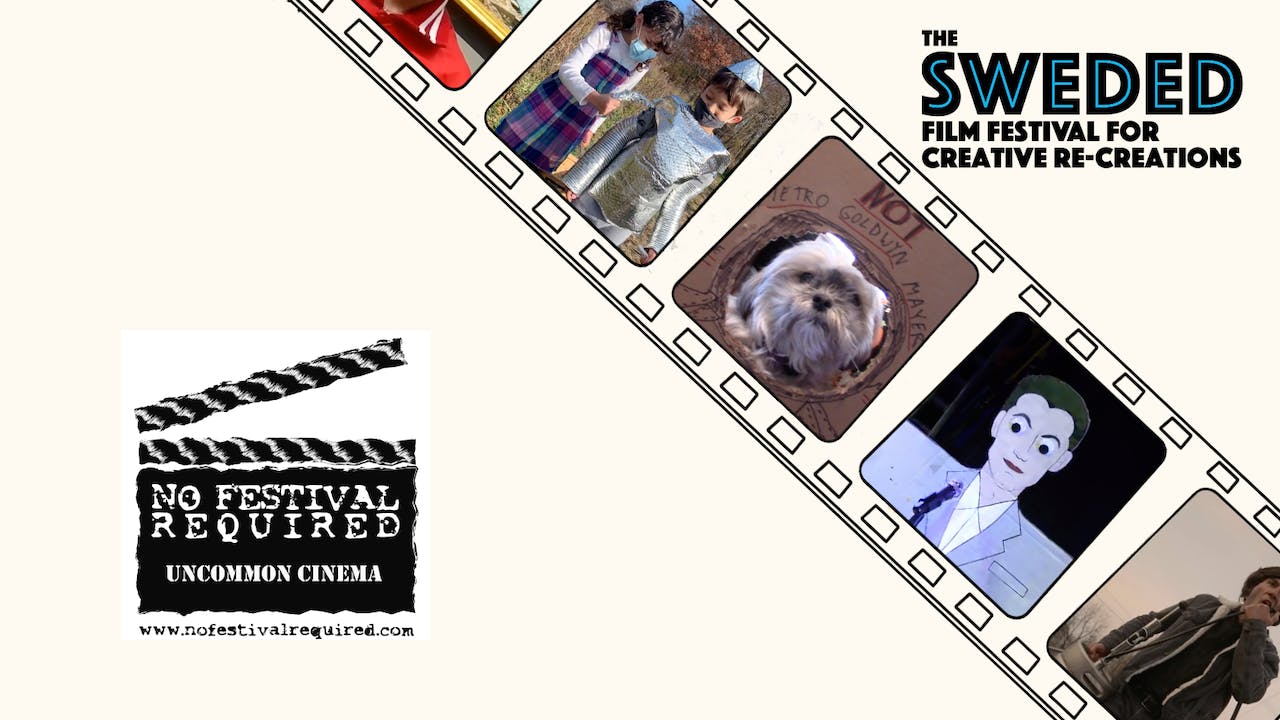 No Festival Required presents The Sweded Film Festival for Creative Re-Creations
50% of your ticket purchase directly supports No Festival Required while the remainder supports independent filmmaking. No Festival Required has since 2002 screened cinematic entertainment in places as prestigious as art museums and as rustic as a dairy farm! Your purchase today (and you’re welcome to pay more than the minimum) is a vote for continuing our film programming into the future. Thank you!